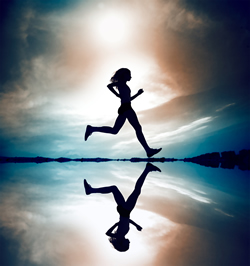 Yesterday I was sitting on the couch thinking to myself “I really should go for a run but I can’t be bothered”, then I thought to myself “this is no way to think, get off your fat ass and go for a run!!” So that’s what I did 🙂

I decided to take Cindy out the dog I am looking after for my Boyfriends dad whilst he is away. She is a little whippet and isn’t trained very well at the moment so she loves to jump everywhere which sometimes its cute and other times when she jumps on you and knocks you over is not good at all 😦 So I had taken her out one time before and she loved to run! The only problem was she would never run alongside of you, she would run all over the place and on the last little bit heading home I decided to sprint and see how fast I and Cindy could go, well we were both pretty fast up until we were outside my place when she runs in front of me… and I couldn’t stop… I stepped on her 😦 she cried so much and I felt so sorry for the poor thing 😦

Now that leads to me last nights run, I thought it would be pretty good as she is young and has lots of energy to burn… I was wrong. She totally remembers the last time and refused to run at all!! She would walk right next to me and when I started to run she would be behind me and pulling on the lead for me to stop 😦 so that run ended up being a walk with one very annoyed dog! 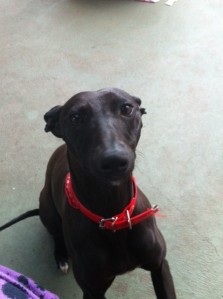 When I got home I had only been gone for 20min and wasnt tired at all so I decided to take out my boyfriends dog which is a little Jack Russel I think. I didn’t think she would want to run as she is 17 years old but OMG she is a little bullet!! I had an amazing run with her and I will definitely be taking her out again!! 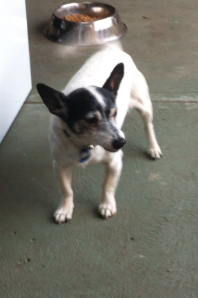 I ended up running for 37 minutes and did 3.97km which for me is pretty good! But I do hope to improve on that 🙂

4 thoughts on “Running with the Dogs”