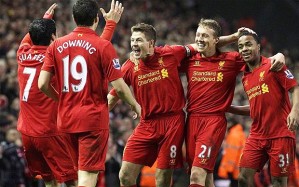 If you are unaware or don’t play/follow any of you local soccer clubs then let me inform you that the soccer season is upon us! This time of the year most clubs advertise and have their registration day getting players to sign up to their club to play in one of their teams ranging from standard Metro teams to State teams and even Premier teams. For information about teams and clubs I suggest visiting the Football Federation Victoria (FFV) website found here.

When players go to these days they can meet the committee and other potential players and get information about when training is and how much it will be to play and general information relating to the club. The weekend gone and the upcoming weekend is usually when clubs have their registration day and that was when my usual club was to have their registration day too, last Sunday.

Before I talk more about what happened on the rego day ill give you a little background of what had happened about a week before…….

My ladies team has had the same coach from the beginning, he has been there since day one about 5 years ago and unfortunately he decided for personal reasons that he was not going to coach this year which is truly sad considering we had finally be promoted to State 3 which is what we have been striving for! Once that happen we tried to figure out who would be playing this year so that we could get an idea on the numbers… let me tell you that did not go well! About half of the girls where no longer playing 😦 a lot where due to school and uni and moving away so they physically could not make it to training and other things in their life simply took over. So it started to look like only 3 or 4 girls would be playing for the team and for those who do not know you need 11 girls on the field and at least 5 girls on the bench so 16 in total, so as you see note enough!

Now this caused me to worry a fair bit as i did not know if i would have a team to play with! I didn’t want to miss out on playing as this was going to be my last year with them, you see I too moved away at the end of last year and had looked at more local clubs to play with but i did say to myself I would stay with them for one more year as we did finally make it to state. But when I got this news about not many girls playing well instantly my mind went back to all the teams I had looked over and I started to think that maybe I should go contacting some of them?? Well I looked them all up again and crossed off the ones I didn’t like and ended up noticing that the local club (down the road from me) was going to have a State team this year.. I thought wow that’s great! They even had there rego day coming up (last weekend).

Well I decided to go to both registration days and see what would happen….. I found that the new club would definitely be having a team and gave the coach my number to call me with information on training and such. Then I went to my clubs rego day and I must say it was rather disappointing 😦 not many people turned out and not many girls either!! I saw 2 girls there and that was it!! I spoke to one of the committee members for quite some time talking about ym concerns and what was going to happen to the team and if we really did have to look elsewhere. Well he told me to keep positive and that he was going to call the girls from last year and see what they are doing.

Well he got back to me yesterday and apparently there is 8 or so girls that will play (not enough for a team). He also said that he was relying on us girls to drum up more support as he had, had no luck with any of the advertising that was done. Well that’s just nice isn’t it…… 8 girls and we have to find more girls ourselves!!!

I did get told that training was on tonight for my club (not the one I looked into the original one) so I will go there and see who turns up, see if we have a coach and see what the team is looking like.

One thought on “Will we have a Soccer Team?”